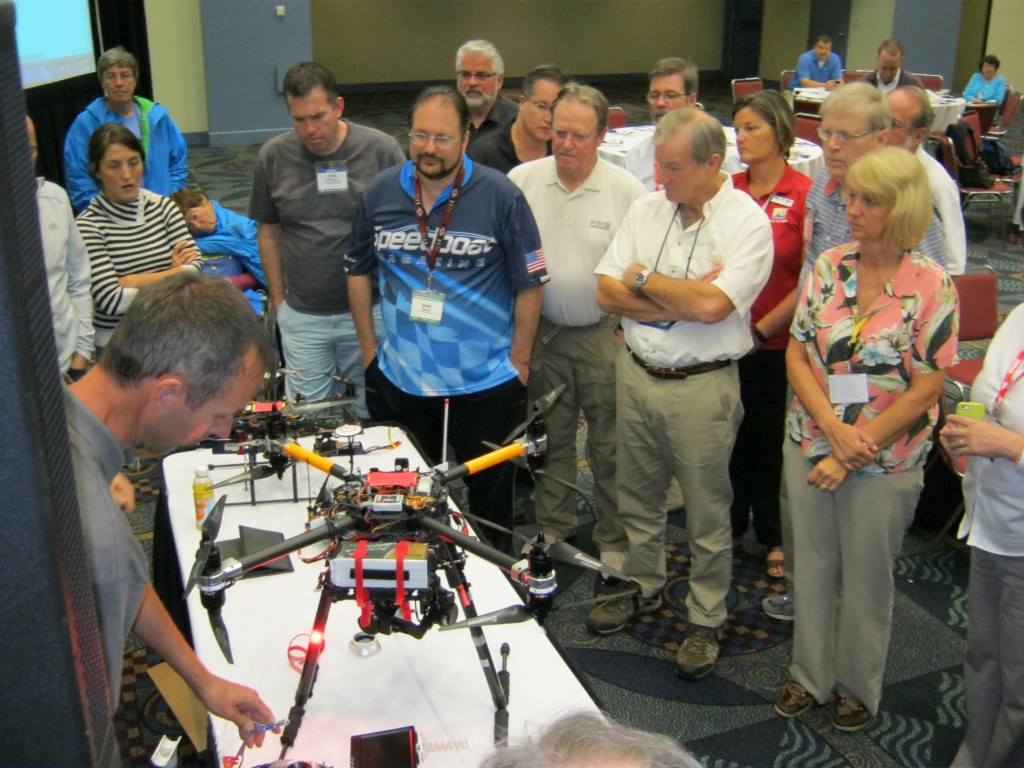 BWI is a professional organization consisting of writers, editors, publishers, photographers, broadcasters, public relations specialists and others in the communications profession associated with the boating industry.

Members include active marine journalists across the United States, Canada and Europe; associate members in public relations roles; and supporting members, such as marine manufacturers and service companies.

BWI is Best Known For…

The purposes of the Association are:

The Association is managed by a nine-member volunteer Board of Directors with an Executive Director providing administrative support and member committees focused on areas of interest. Here are the current officers and directors:

Alan Jones … began his journalistic career as a sportswriter for the Clearwater Sun back in the ‘70s and has been a full-time writer and executive editor for Boating World Magazine for 20 years where he writes the Editor’s Letter, engine column, fishing column, trailering column, all boat tests and is the on-camera personality as well as being a feature writer, humorist, photographer, videographer and fishing enthusiast. Alan is the social media director for Boating World Magazine and Sea Magazine and is a contributing editor for Sea Magazine. Alan has been a judge at the NMMA Innovations Awards contest numerous times and has been recognized by BWI eight times in the annual writing contest.

During his tenure, Alan has taken many adventurous trips in small boats: 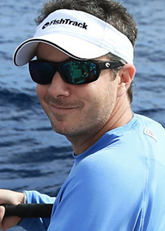 Charlie Levine … For the past 15-plus years Charlie Levine has covered recreational boating and fishing as an editor, freelance writer and most recently, an online publisher. A lifelong love of fishing led to editorial posts at The Fisherman, Sport Fishing and a 10-year stint as Senior Editor of Marlin Magazine. For the past three years, Charlie has focused on producing online content for FishTrack.com and Buoyweather.com. As the Editor and Publisher of these sites, Charlie divides his time between generating original content, growing social media outreach, developing business partnerships and aiding in product development such as mobile apps and weather-focused toolsets. He currently resides in Orlando, Florida, with his wife and two young sons. He has a 16-foot skiff that he uses to escape the noise whenever he can. 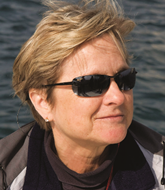 Chris Woodward joined the Sport Fishing magazine team as Editor in 2001, after 17 years as a newspaper and online journalist, covering outdoor sports, lifestyle trends and news. She has lived and worked for publications in Dallas, San Francisco, New Orleans, West Palm Beach and Orlando.

Her volunteer positions have included serving on a boating advisory panel for the state of Georgia and as an advisory panel chair for the South Atlantic Fishery Management Council. While growing up in Florida, she boated and fished the lakes, bays and oceans. She currently fishes a 22-foot bay boat in her home waters off south coastal Georgia.

Lenny Rudow … has been a writer and editor in the marine field for over two decades, and has authored seven books. He is currently the Angler in Chief at Rudow’s FishTalk Magazine, is Electronics and Fishing Editor for BoatUS Magazine, and is a contributing editor to several other publications. His writing has resulted in 45 BWI writing contest and two OWAA Excellence in Craft awards. Volunteer positions have included NMMA Innovations Award judging and serving as the president of the Maryland Freshwater Foundation. Rudow is an alumnus of St. Mary’s College of Maryland, Westlawn Institute of Marine Technology, and The Sea School. He boats and fishes as often as possible on the Chesapeake Bay and in the Atlantic Ocean.

Ron Ballanti … is a freelance writer and photographer and president of Strike Zone Communications, a marketing communications agency based in Chatsworth, CA specializing in the boating, marine electronics, fishing and outdoor markets. He has been a regular editiorial contributor to marine publications for more than 25 years, including Boating, Boat/US, Salt Water Sportsman, Sport Fishing, Anglers Journal, Soundings, Western Outdoor News, Pacific Coast Sportfishing and others. Ballanti has routinely chaired and judged BWI Writing Contest categories and has earned nine Writing Awards. He is currently serving on the BWI Scholarship Committee.

Zuzana Prochazka. Zuzana is a freelance boating/travel journalist and photographer as well founder of Zescapes, an operator of bareboat flotilla vacations at exotic destinations around the world. She serves as charter editor for SAIL magazine, and is a regular contributor oftechnical and destination articles to SEA, Cruising Outpost, Pacific Yachting, Boat U.S., and Yachting Times magazines.  Her work has also appeared in Blue Water Sailing, Passagemaker, Southern Boating and Boating World as well as on Yachtworld, Boats.com, Catamarans.com, and Talk of the Dock.com websites. A USCG 100 Ton Master, Zuzana has cruised, and chartered in many parts of the world and serves as an international presenter on charter destinations and technical topics. She is the Chair of the New Product Awards committee, judging innovative boats and gear at Miami, Vancouver and IBEX boat shows, and is a nine-year member of the BWI Board and former president.

Gary Reich, is senior editor at Soundings and senior writer at Anglers Journal. He’s worked in the marine industry for nearly 30 years, with the last 15 focused in marine publishing. His award-wining writing and photography have appeared in both regional and national print publications. He previously served as managing editor at Waterway Guide and editor at PropTalk magazine. Reich has served as an NMMA Innovations Awards and BWI writing contest judge and is a former Coastal Conservation Association chapter president. He’s an avid fly fisherman and loves to crab whenever he can on his home waters of Chesapeake Bay.

Jim Fullilove, has been involved with national trade publications since 1972, as chief editor of National Fisherman, editorial director of WorkBoat, and currently chief editor of Marine Electronics Journal. As chair of the NMEA Technology Award panel for the past two years, he coordinates and manages judging with both BWI writers and electronics technicians. On the boat owner side he puts together a weekly blog on a variety of marine-related electronics topics. Fullilove shares his enthusiasm for marine-related trade magazines with BWI members, noting that technical writers are particularly prized and in short supply and encourages writers to increase their knowledge of marine electronics technology to tell readers where this new wizardry is heading and how it impacts them. On the water, Fullilove grew up sailing, power boating and scuba diving on Long Island Sound. In recent years, splitting his time between Florida and Connecticut, he has been more focused on small classic fiberglass runabouts, including three from the mid-1960s, all of which provide ample learning opportunities for maintenance efforts.

Brady Kay,  is the executive editor of Pontoon & Deck Boat magazine and has been at the helm of this publication for nearly 20 years. During his tenure, Brady has tested and reviewed countless pontoon and deck boats, traveled to all 50 states for feature profiles and has taken thousands of photos. He also currently oversees Houseboat magazine and Great Lakes Boating magazine, sister publications at Harris Publishing, and has also contributed to Boating Sportsman and RiverJet magazines, which primarily focused on the aluminum boat market. Brady has been on the judging panel for the NMMA Innovation Awards several times and has earned writing and photography awards from Apex Awards for Publication Excellence and BWI. When not working, Brady can be found onboard his pontoon boat with his wife and three children.

Greg Proteau writes about boating and marine finance industry trends, companies, people and ideas. He served as director of communications and public relations for the National Marine Manufacturers Association and was the founding executive director of the National Marine Bankers Association. He also provides strategic marketing communications and public affairs consulting to manufacturers, marketing agencies, service providers and organizations within and outside the marine sector, and is senior counsel for Home Port Marine Marketing, the marine marketing consultancy.

Contest. The Contest Committee organizes the annual writing contest, securing judges for reading and scoring, reviewing categories and definitions, publishing the contest brochure and announcing the results. The current Chair is Gary Reich.

Membership. The membership Committee addresses recruiting and retention of the three levels of members, undertakes surveys, and reviews and seeks out member benefits.

Speakers. The Speakers Committee determines topics, secures speakers and organizes the presentations for “Newsmaker” events in Fort Lauderdale and Miami.

Members with interest in serving on any of the Committees or in support roles are encouraged to contact the appropriate chairpersons through an email using our contact form.